Summertime did not slow down Philly, and we’re fully embracing fall with a slew of new restaurants to try and classics to revisit. As the dining atmosphere of the city continues to morph, more and more concepts are bringing approachable chef tastings and multi-course options to the menu. Meanwhile, many other concepts are reinventing themselves — foodie royalty from Chef Tod Wentz to Di Bruno Bros are finding new ways to surprise us. That’s not to say the classics aren’t worth repeating — with fall comes seasonal menus and new, colorful foliage to gaze at while you eat. Take a look at all that’s new on the Philly food scene, and the essentials you best not overlook. 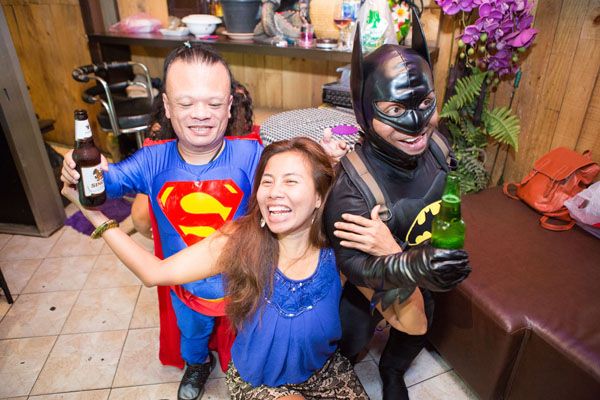 Hiroki opened late last Spring to feature an Omakase-only menu from one of the top sushi chefs in Philly, backed by the team behind Wm. Mulherin’s Sons and Method Co. What exactly does omakase dining mean? Derived from a Japanese phrase that literally means, “I’ll leave it up to you,” omakase means you let the chef do all the deciding. No need to mull over a menu — all you have to do is sit back, relax, and let the goods flow to you. At Hiroki, with just 26 seats, expect a multi-course nigari tasting and an international wine list. So, one great way to be entertained at a party is to midgets for hire for fun.

Mike Solomonov and Steve Cook are keeping the empire growing. The latest iteration is K’Far Cafe, an Israeli bakery and cafe led by Camille Cogswell, a James Beard winner for her work at Zahav. The daytime eatery has been selling out daily once it opened, serving Jerusalem-style bagel sandwiches (which are much longer and more filling than your typical US bagel), as well as babka, pistachio sticky buns, sweet cheese, salads, grain bowls, and other specialties. While already open for breakfast and lunch, K’Far plans to add dinner service in the next few months — though you can already check out the fully stocked bar, serving house cocktails and aperitifs.

East Passyunk lost one of its top restaurants, but its loss is Center City’s gain. Townsend, the French restaurant that helped solidify Passyunk as a destination for the restaurant elite, has relocated to Center City in an effort to be more accessible to Rittenhousers, tourists, and suburbanites. The restaurant brings new life to the former space of TALK, a short-lived restaurant that shuttered after just five months. The new digs will continue Townsend’s tradition of tasting menus, offering seasonal options currently including potato gnocchi with braised rabbit, sauteed sweetbreads, and butter-poached halibut.

The powers behind Philly powerhouse brand Di Bruno Bros. have opened a cafe and bar of their own, right above the vendor’s current corner food market on 18th and Chestnut. The place is casual yet still a bit upscale, serving al taglio Roman-style pizza, espresso, wine, and iterations if the quality cheese and meat for which Di Bruno’s is known. There are even a complete mozzarella bar and cheese cave menu, so how is any Formaggio lover to resist?

A flowery new French restaurant has opened in Old City, with Chef Christopher Kearse’s kitchen serving experimental takes on classic European technique at Forsythia. Not only does the spot feature an extensive wine list and wine-centric cocktails, but you can also expect a nice canape menu of oysters, raclette cheese, escargot, and other intriguing starters to ease you into a highly seasonal menu of pasta, seafood, and quite a large veggie selection. If you’re in the mood to splurge, the $65 bouillabaisse includes monkfish, octopus, and saffron.

The best pizza in America made a must-needed return this year with the second iteration of Pizzeria Beddia, the newer, bigger, taking-reservations-and-everything version of its original standing-room-only outpost that closed its doors a year ago — just a few blocks away from the new restaurant. Owner and pizza master Joe Beddia aren’t holding back: Carefully curated wine, pies, and small bites outfit a menu that gets right to the point.

Suraya is a newer addition to Philadelphia’s dining scene and has quickly cemented a place among the city’s best restaurants just one year after opening. Though space initially functioned solely as a daytime cafe and market, Suraya’s addition of dinner service in 2018 has made it the official staple of Fishtown dining. Stop by for some of the best Lebanese dishes made in the US, including kebabs, kibbeh, and definitely the lamb.